Home » Blog » Freelancing » Who are buyers in Fiverr?

Who are buyers in Fiverr?

People who buy digital services and the majority of those who live in the United States, United Kingdom, Canada, Australia, and New Zealand are the buyers in Fiverr.

See the screenshot below that has been taken from an income report that Fiverr International Ltd. posted on the “United States Securities and Exchange Commission” website. This report shows that more than 70% of their revenue came from the buyers who live in the 5 English-speaking countries mentioned in the first line of this post.

Many people think that they need a different buyer account to make a purchase on Fiverr. Actually, it’s not the case.

Anyone who is 13 and older can buy & sell on Fiverr using the same & one account. There is no separate role for buyers and sellers on Fiverr.

Anyone who wants to sell on Fiverr creates gigs. And he/she can also hire other sellers using the same account. And the people who want to only buy, they don’t need to create gigs but if they wish to sell then they can create gigs anytime they want.

As a registered user on Fiverr, you can always see your profile both from the buyer & seller’s perspective. You have the options: ‘Switch to Buying’ & ‘Switch to Selling.’ See the screenshot that I mentioned above.

General pricing for buying on Fiverr

There is no doubt that Fiverr is a cheap marketplace.

The buyers who don’t have sufficient or enough budget generally come to Fiverr to get their job done. See more about why Fiverr is so cheap.

The sellers on Fiverr are selling their service at a lower price than the actual market price (mostly).

However, there are still a few high-paying buyers on Fiverr who are willing to buy quality services.

Mostly the English-speaking people are the buyers in Fiverr and the majority of them are interested to get their job done at a lower price than the actual & global market price. 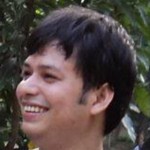